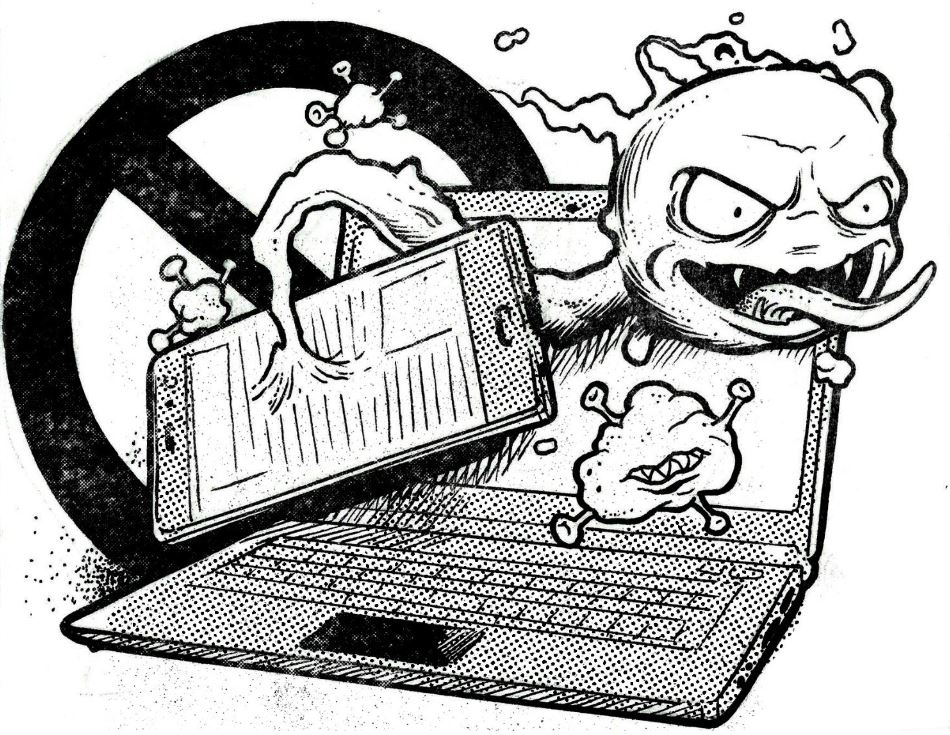 The Minneapolis Uprising set off a wave of transformations, both political and personal, that have rocked the Twin Cities metro, the country, and the world. The state and the reactionary right have again laid bare the realities of policing, and we are all challenged to reconsider whether police have a place in our world. As we ask ourselves how we can shift our day-to-day habits and practices to avoid inviting in the violence and escalation that police bring to every interaction in our communities, we must remember: How we handle information is crucial to our safety and success. 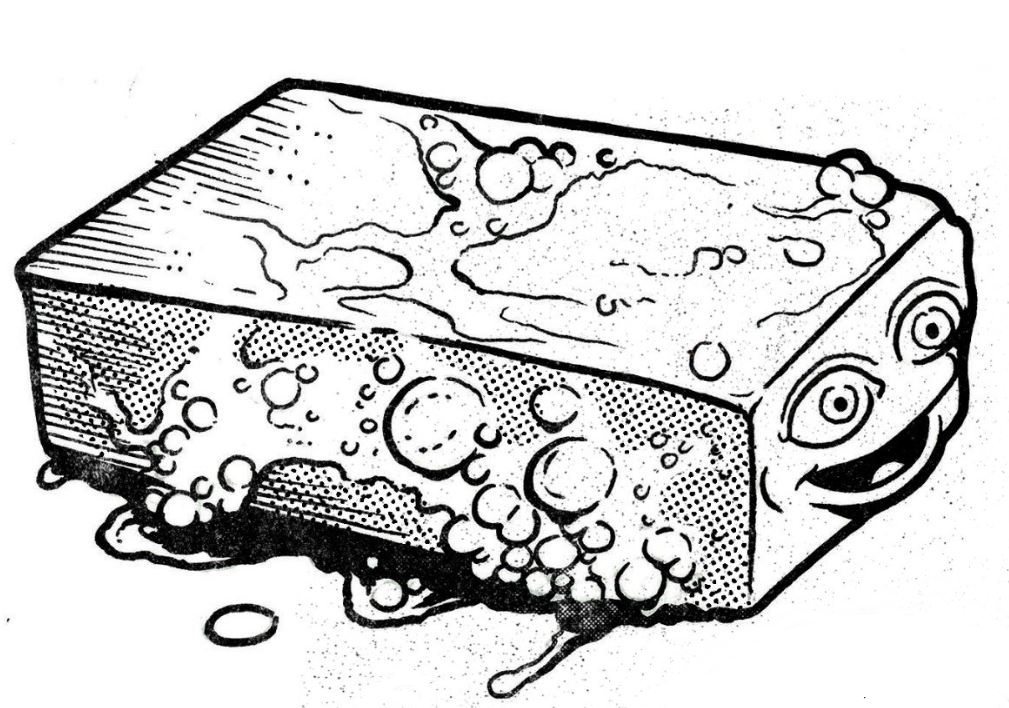 The renewed sense of urgency in this moment is driven by the fact that people most affected by police violence are applying force to push for substantial change. This is an uprising, a rebellion, an insurrection: we are in a revolutionary moment. Major milestones for social justice that have long seemed out of reach now brush our finger tips. But we must recognize that within every revolutionary moment there come counter-revolutionary actions by the white supremacist state and its benefactors. When they (correctly) feel their grasp on power and resources beginning to slip, they react swiftly and frantically, using all the tools available to maintain it.

When street medics give trainings on the weapons cops use and the damage they inflict, the first question they ask is, "What is the police's most dangerous weapon?" The answer is: fear. The most obvious, direct, and harmful way cops project fear is through lethal force and physical brutality. But they also employ disinformation to legitimize themselves, discredit their opponents, and spread panic and discord among us.

As we all look toward a police-free world and prepare for reactionary pushback against this powerful international movement, we must avoid spreading fear the way cops do. That is their weapon. Ours is solidarity. Ours is calm. Ours is truth. Ours is community.

Protect yourself and your community. False news travels fast, and can be impossible to contain. Don't infect your neighbors! These tips are like PPE for bad information.

Here it comes. It's the latest post on your neighborhood Signal loop, Discord chat, or Whatsapp group. It seems like something scary and sketchy is happening. What do you do? What is best to avoid? Start by asking these questions:

Do you know where the info is coming from?
WHO saw it?
WHAT did they see?
WHEN and WHERE did they see it?
WHY did they share it?
HOW do we know?
If this information is coming from someone you know, ask them directly: "Where did you hear that?" "From a trusted friend" or "I have sources on the inside" or "This neighbor would definitely know, he is conservative" are not sufficient answers. In fact, these are red flags. Think before you post! Where is this information needed? 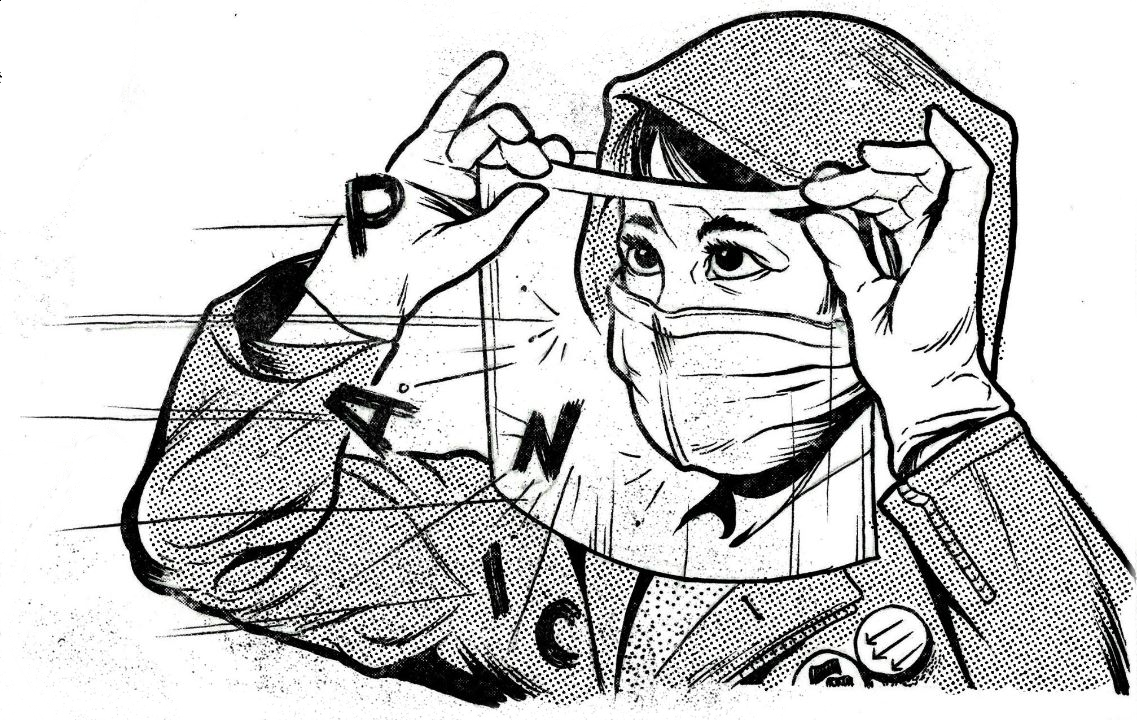 Disinformation spreads like a viral pathogen. It has a source and it has vectors of contagion. Stop the deadly spread!

States, security services, and other rightwing actors know the truth is not on their side. Sowing distrust, division, suspicion, doubt, fear, and confusion among the populace is their best weapon to maintain illegitimate control and suppress rebellion and dissent. This happens in every country on the planet; it is the way that states operate. This is counterinsurgency 101. Here's how it works:

Step 1: They find the cracks in the fabric of society—the social, demographic, economic and ethnic divisions.

Step 2: They seed distortion by creating alternative narratives. "It's outside agitators. It's the Boog Bois from out of state. Okay, just outstate. It's local fascists. It's white anarchists. Oh, it turns out the people starting fires were apolitical revelers. The tanker driver made an honest mistake."

Step 3: They wrap those narratives in kernels of truth. A core of fact helps the falsities spread. There was a rash of arsons on Minneapolis' Northside in the early days of the Uprising, and plenty of armed fascists roaming the streets in unmarked vehicles threatening people. There were also credible eyewitness reports of suspicious white people leaving items in alleys and trying to start garage fires on the Southside. But there is also indication that the perceived scale of this activity was greatly magnified by a deluge of false reports and idle threats online, used in part as a way to entice the National Guard onto quiet streets -- creating dangerous situations of a different kind.

Step 4: They build audiences, either by directly controlling a platform or by cultivating relationships with people who will be receptive to those narratives. Who told you the cops were going to raid George Floyd Square on Sunday June 14th? Did that turn out to be true? Anyone developing a track record for spreading lies and panic? Why do you think they are doing that?

Step 5: They conceal their hand, making it seem as if the stories came from somewhere else. "Word from a trusted neighbor: KKK in full regalia rallying in Powderhorn Park right now!" There are people in Powderhorn who still believe this happened (it didn't).

Step 6: They cultivate “useful idiots” who believe and amplify the narratives, and encourage them to take positions even more extreme than they would otherwise.

Step 7: They deny involvement, even if the truth is obvious.

Step 8: They play the long game, striving for long-term impact over immediate impact. It doesn't matter if a relatively small portion of the populace saw the Uptown shooter's livestream on Sunday June 21 and noticed that he was a lone white male. If the narrative two or ten years from now is that black-on-black gang violence is what sank Free Minneapolis, they win.

Seasoned street medics say: "The only thing we spread is calm."

Spread Information Not Panic
When reporting or signal-boosting potential threats: provide as much information as possible. S.A.L.U.T.E.

Size/Strength: "Five or six armed white men"
Actions/Activity: "Harassing random people on the move"
Location & Direction: "On Nicollet Ave heading north from 26th St"
Uniform/Clothes: "Dark jackets, ballcaps, wraparound sunglasses"
Time & Date of Observation: "12:34 AM on May 29"
Equipment & Weapons: "Three are carrying bats or clubs, one has a sidearm in a holster"

Not a useful post: "Heads up, Proudboys in Whittier!"

Use your judgment! Accompany reports with photos or video if it's possible and safe to do so. And remember, in situations of acute crisis and confusion, if you didn't see it, assume it didn't happen!

Beyond the spread of disinformation, the state will also be looking for information to criminalize community members. We can fight this too!

Do not talk to cops. Don't snitch on yourself or others including on public forums like social media (which law enforcement monitors). Be very careful what you say in general. Federal law enforcement like the FBI and ATF are asking questions in Minneapolis right now. Telling them anything can get people in serious trouble. You can tell them you don't want to answer questions and you won't without a lawyer.

Critical is careful: Many people, including media sources and public figures, will repeat and spread information from the cops - that doesn't make it good information. The police lie constantly for their own tactical benefit, often because the truth would incriminate them. The same sources will also encourage you to talk and collaborate as law enforcement agencies work to construct retaliatory charges. Dealing with cops has nothing to do with identifying anyone's individual qualities. The police is an institution, with long and well-documented ties to white supremacy, designed to treat the community as the enemy.

The take away? It's up to us to create an information environment that benefits our community and keeps our movement healthy. That means being discerning about (dis)information, being smart about who and what institutions we trust, and refusing to feed information to the cops, the FBI, the ATF, or any other state-associated person or agency. Together we can keep information on our side.

"...footage has exposed in real time how police have historically used "official reports" of controversial incidents to obscure the truth." https://www.abc.net.au/news/2020-06-07/police-brutality-caught-on-film-black-lives-matter/12330672

"Extremist cops: how US law enforcement is failing to police itself" https://www.theguardian.com/us-news/2019/dec/13/how-us-law-enforcement-is-failing-to-police-itself

Printable PDFs of this pamphlet available here for autonomous distribution: